In the morning you will be collected from your lodgings in Arusha by our personal safari guide. We set out for Tarangire National Park on a good tarmac road across gently rolling Maasai plains with scattered acacia trees. As we zip along we pass many Maasai in their colorful dress walking on the roadside, riding bicycles, herding cattle and driving donkey’s carts. Tarangire National Park, well known for its large elephant herds, is also host to a multitude of other creatures. From the open roof of our state of the art safari jeep we experience the seasonal swamps, savanna and life giving Tarangire River is the primary source of fresh water for wild animals, endeavoring to encounter a multitude of creatures, from zebra to wildebeest, buffalo, elephant, and giraffe, to name a few. It is possible that we will glimpse lion stalking prey or leopards watching, relaxing in the trees above.
After our extensive game drive experiencing the varied sights and sounds of the wilderness, we depart to drive to one of our carefully selected luxury partner lodges for dinner in a tasteful restaurant, a pool at hand to soothe us, and a most capacious and commodious room to harbour our ease and dreams of wild cats!

After breakfast, you will continue towards Serengeti National Park one of the richest wildlife habitats in the park. Passing through the Ngorongoro Conservation Area, you will be able to see the breath-taking Ngorongoro Crater view. The Serengeti National Park is the largest park in Tanzania with diverse landscapes and richest wildlife habitats, such as grassy plains, swamps, lakes, savannah and mountains. The Serengeti is the habitat for an abundance of wildlife, such as impalas, buffalo, crocodiles and hippos, but is more well-known for its great migrating herds of zebras and wildebeest. As well as the migrating wildebeest and zebra, you might have the chance to see predators, such as leopards, cheetahs and lions, always lurking close by. After an afternoon game drive, you will arrive at your accommodation where you will enjoy dinner and an overnight stay.
here you will enjoy dinner and an overnight stay.

This entire day is set aside for game drives upon the Serengeti. The Serengeti, the habitat of an abundance of wildlife such as impala, buffalo, crocodile, and hippo, is more well-known for its great migrating herds of zebra, antelope, and wildebeest. The animals’ trek is determined by the rainfall and varies from year to year. In November and December the animals move from the northern region, dominated by woodlands and hills, to the grassy plains of the south. During the longer rainy season from April to June they return to the north. Apart from the migrating herds, we may have the opportunity to see the resident predators, leopard, cheetah, and lion, fulfilling their role in the circle of life.
After an extensive game drive we head for our tented lodge for a hearty dinner and another night by the fire of relaxation and conversation under the sweeping majesty of the star bright African night out upon the ‘Endless Plain’.

After an early breakfast we head out for another game drive upon the Serengeti. We may have the opportunity to spot the “Big Five” – lion, elephant, buffalo, rhino and leopard – before embarking on our journey to the Ngorongoro Crater. The animals roam freely through the unfenced reserves offering us an uninterrupted game viewing experience.
Arriving at the edge of the crater we have our first glimpse of what awaits us the following day – glistening streams, open grassland and a myriad amount of animals.

We spend the evening and night at one of our carefully selected mid-range partner lodges, boasting aesthetically tasteful restaurants, a pool for relaxation, and the most commodious of rooms for your rest, ease, and dreams of the African Wild.

Early risers are rewarded with breath-taking views of the rising sun over the crater’s edge and, after a hearty breakfast, we rumble down the adventurous track into the crater. This UNESCO world heritage site, one of the seven wonders of Africa, formed about three million years ago, is 610 m deep and covers roughly 260 square kilometers. Due to its dense animal population of approximately 25,000 ungulates, the crater offers the best game viewing of all the parks in Tanzania. In a matter of minutes we will be able to see wildebeest, zebra, gazelle, elephant, and some of the more than 500 bird species here inhabiting. With a little bit of luck we may catch a glimpse of the endangered black rhino through the grass. After an extensive game drive and a picnic lunch we leave the crater in the afternoon to travel back to Karatu, again staying at one of our, hand-picked for quality, mid-range partner lodges.

After breakfast, you will be collected by your safari guide from your accommodation and drive to Lake Manyara National Park whereby Lake Manyara is well known for the tree climbing lions, the soda ash lake which It covers a large area of the park namesake is a shallow, salt lake flooding and drying with the seasons and home to thousands of flamingos also more than 450 birds species, we are talking about breathtaking scenery of Africa. This is a relatively small but diverse park, 120km west of Arusha.

On your exploration of the park you will see monkeys, giraffe, zebra, wildebeest, buffalo, elephant and with some luck, lions lounging in the trees. The park is known for its diverse landscapes; not only open grassy plains, but also primate-filled woodlands and baobab dotted cliffs.

After lunch, you will head back to Arusha, where you will arrive in the early evening.

After breakfast, your safari guide will collect you from your accommodation. 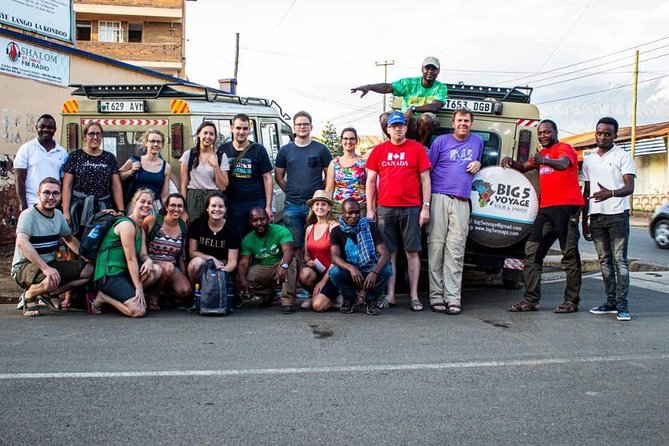 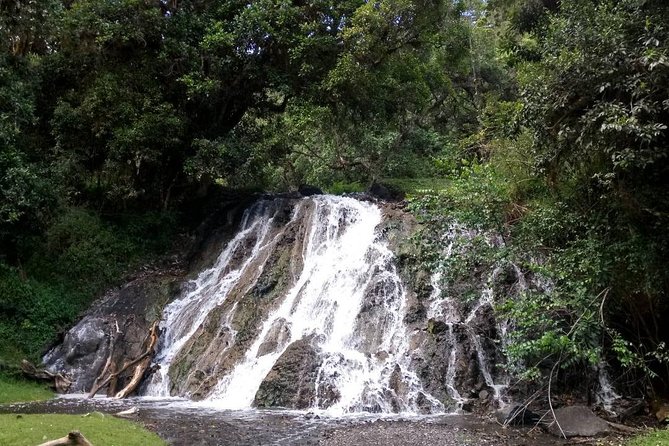 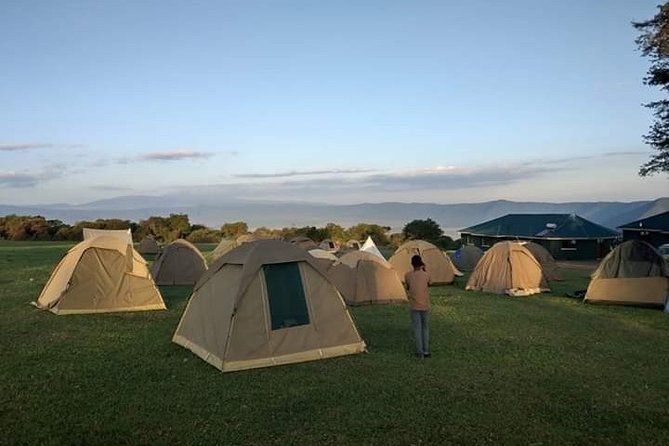 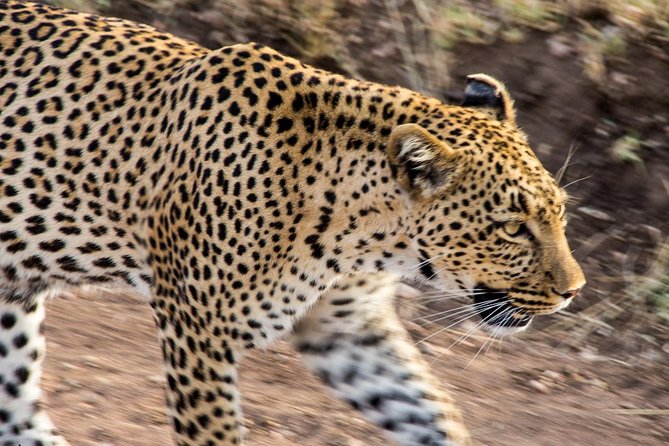 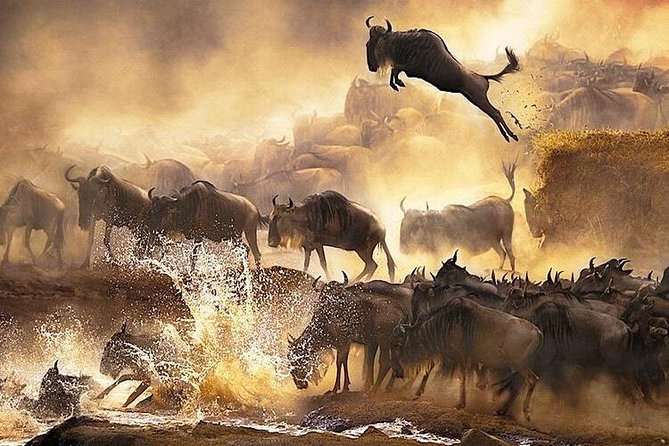 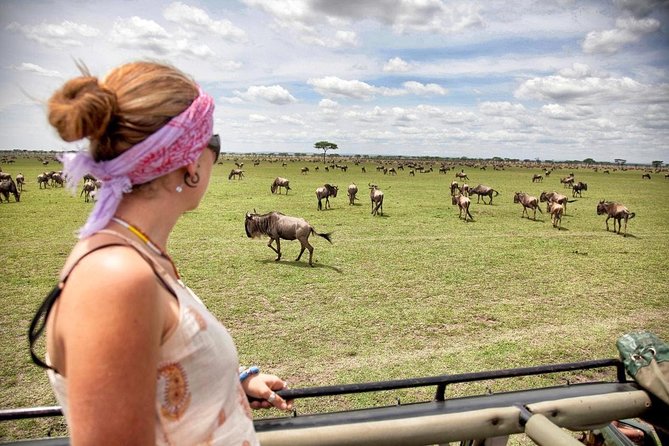 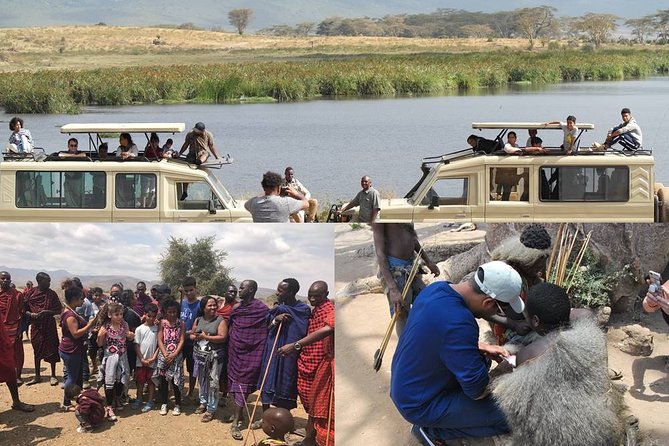 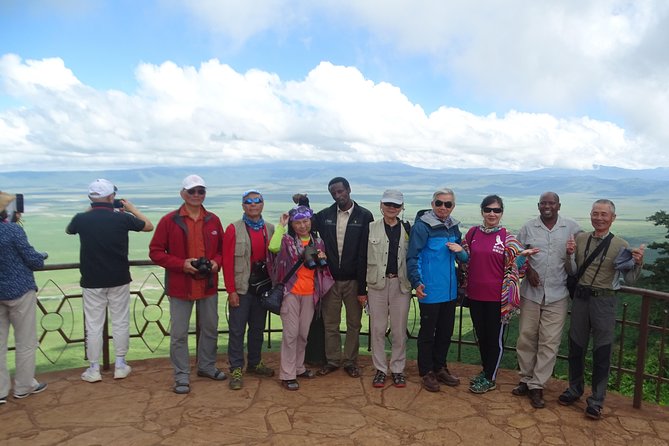